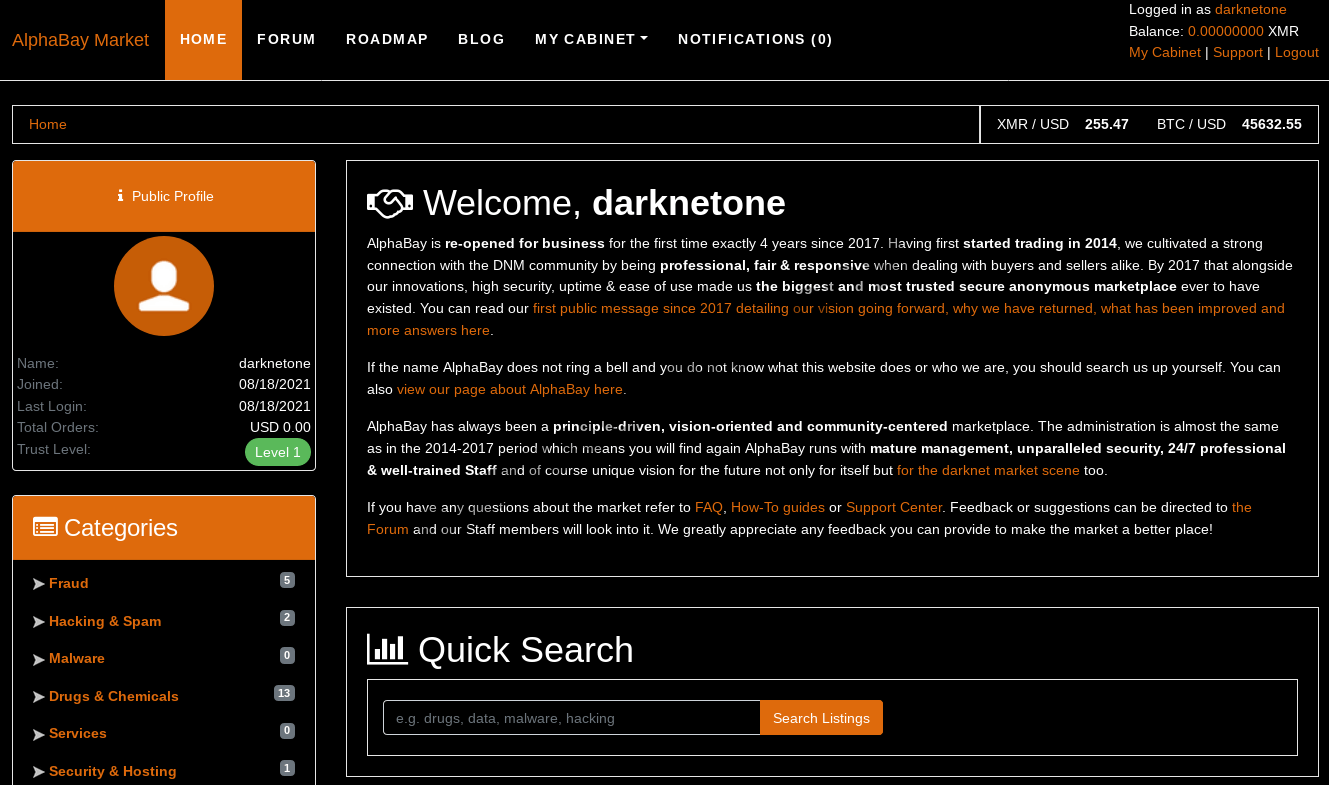 Regular customers and vendors on the AlphaBay darknet market breathed a sigh of relief yesterday as admin DeSnake returned from a three-week absence to ease concerns that his market was potentially compromised or pulling an exit scam.

In addition to accessibility issues caused by a persistent DDOS attack on the site, AlphaBay had been facing a rash of problems over the last couple weeks which left many users unable to log in to the site, generate new deposit addresses or be credited deposited funds. By Saturday, Oct. 29th, most of these problems seem to have been resolved, as the market’s main URL is once again active, all users can log into their accounts, and deposit addresses are now being generated per usual.

“Due to multiple factors I was not able to reach Dread on a consistent basis hence I have not been active to post,” wrote DeSnake in a thread addressing accessibility issues in the AlphaBay subdread, who went on to give a technical explanation behind recent deposit address generation errors. He also addressed the reason behind the market’s backlog of unresolved disputes and support tickets, stating that the moderator in charge had been suffering from “health issues.”

DeSnake also addressed the issue of uncredited deposits, noting that a considerable backlog of transactions had mounted during the time the market’s canary was expired and that all funds would be credited to user accounts shortly.

The expiry of the market’s in-built canary is not a new issue for AlphaBay and has resulted in a temporary lockdown of the market twice before this year, one time in July and the other in August. Although the three-week absence of DeSnake is uncharacteristic given his history of steady visits to Dread since his 2021 return, most AlphaBay users were satisfied by the explanations he provided and were generally happy to return to business as usual.

Currently, there is no notice on AlphaBay addressing the recent array of issues brought forward by its users on Dread, but the market appears to be back in full operation.