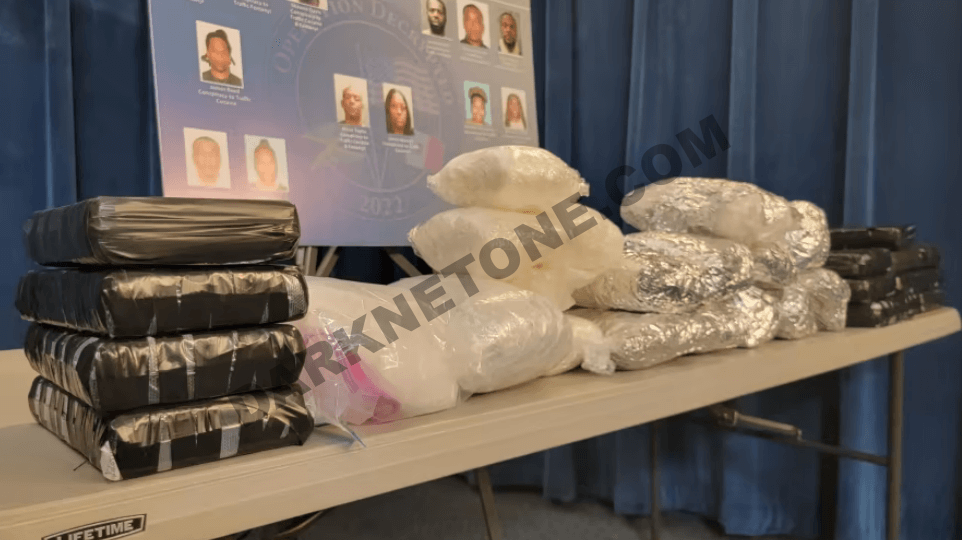 A special investigation by the Jacksonville Sheriff’s Department dubbed “Operation Decrypted” netted the arrest of 15 individuals across the United States, Jamaica, and Mexico, as reported yesterday across various news outlets based out of Florida, USA. Most of the arrests were related to interstate drug trafficking offenses, with some of the drugs being moved through the US Postal System.

Confiscated in the operation were four kilograms of fentanyl, 10 kilograms of cocaine, and 76 kilograms of methamphetamine, estimated to have a total street value of around $1.9 million. Also seized in related raids were 116 pounds of marijuana, seven firearms, two vehicles, and around $30,000 in cash.

One of the arrested was a California-based drug supplier with ties to the Jalisco New Generation drug cartel (CJNG), which is thought to be selling large amounts of fentanyl and other drugs through darknet markets, while also using cryptocurrency as a means for large-scale money laundering.

Drugs confiscated as the result of ‘Operation Decrypted’. Source: News4Jax

Jacksonville Sheriff T.K. Waters told reporters that the operation initially began with the intention of combatting the local fentanyl epidemic which has been “killing members of our community in staggering, heartbreaking numbers.” As details about local fentanyl sales and trafficking unfolded, the investigation stretched into distant states and ultimately other countries, with the CJNG being one of the primary culprits in putting fentanyl in the hands of local dealers.

It was not stated in news reports specifically why the investigation was named “Operation Decrypted,” but a relationship between the CJNG, darknet market vendors and street-level dealers has been revealed by US-based law enforcement; specifically how it relates to the spread of fentanyl around the country.

In November of last year, a DEA agent leading the Joint Criminal Opioid and Darknet Enforcement Team (J-CODE) made the following statement during a press conference in Los Angeles to address fentanyl trafficking concerns:

“We have a very serious mental problem here in Southern California. The reason we have this problem is the drug cartels, the Sinaloa cartel, the Jalisco New Generation cartel — they’ve decided that fentanyl is going to be that problem. Why did they make this decision? Because they can make these pills for 13 cents and they can sell them up here to the end user for several dollars, anywhere from 5 to 10 or $12.” – Bill Bodner, DEA Special Agent in Charge