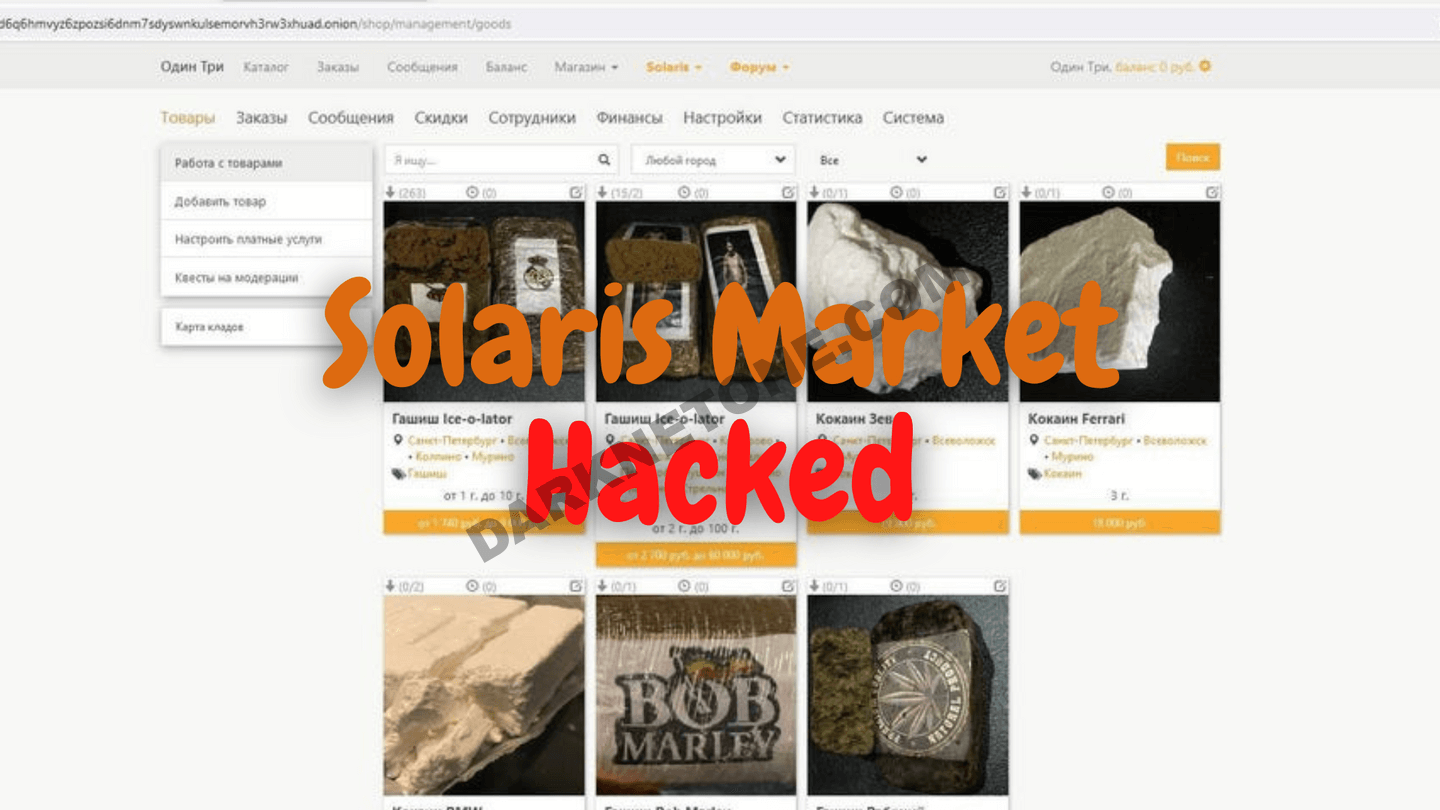 A few days before Christmas, a Ukrainian-born cyber intelligence expert reportedly broke into one of Russia’s biggest darknet markets, Solaris, draining the market’s master wallet of its Bitcoin funds and donated them to a Ukrainian-based charity. Alex Holden, owner of cybersecurity firm Hold Security, reported the event to Forbes, providing proof via screenshots showing access to administrator accounts and the master wallet, from which 1.6 BTC was withdrawn.

The charity, named Enjoying Life, provides humanitarian aid to those affected by the war in Ukraine, and confirmed receival of the donated amount from Holden. Although Holden did not disclose the means by which he and his team infiltrated Solaris, he claims that the market’s hot wallet rarely held more than 3 BTC at a time, and that the market was associated with Killnet, a Russia-based hacking crew that had pledged to “attack Ukrainians and their supporters.”

Holden, who has a history of thwarting Russian hackers and uncovering data breaches for which they were responsible, says he was motivated to attack Solaris in part by his desire to “stymie Killnet in any way he can.” After the fall of Hydra in April 2022, a relationship formed between the two darknet entities (Solaris and Killnet) where they would provide reciprocal support for one another. Killnet has often performed DDOS attacks on Solaris competitors, such as RuTor, while receiving funding support from Solaris’ drug sales commissions in return.

The online war between Ukrainian- and Russian-allied hackers and/or IT experts has been raging for almost as long as the war on the ground, with different factions attacking the infrastructure of the opposing combatant, along with their allies. In example, Russia-based ransomware group Conti has pledged allegiance to Russia, attacking hotels and non-governmental organizations in the Ukraine, and the Ukrainian IT Army is said to be responsible for attacks on Russia’s largest bank, Sber, and the Moscow Stock Exchange.